Representatives of the City of Lone Tree have voiced support for adding a November ballot question that would ask voters about extending Douglas County’s Open Sales and Use Tax for 20 more years.

Representatives of the City of Lone Tree have voiced support for adding a November ballot question that would ask voters about extending Douglas County’s Open Sales and Use Tax for an additional 20 years.

“We’re so excited to see this citizen-led initiative come forth,” said Austin Good, Lone Tree’s assistant city manager, during a July 18 meeting with the Douglas County commissioners. “We really hope that the residents of the county are given the chance to decide whether … to continue this program.”

The Open Space Sales and Use Tax funds acquisitions and maintenance of county open spaces, trails, parks and historic sites. The 0.17% tax is part of Douglas County’s 1% sales and use tax and was approved by voters in 1994. If no action is taken, the tax will sunset in 2024.

In hopes of extending the tax, a group of residents formed the Douglas County Open Space Initiative and created proposed ballot language that representatives of the group, such as Jennifer Drybread and Michella “Micki” Clark, have been presenting to various Douglas County municipalities and to the county’s commissioners.

Under this proposal, the 0.17% tax would extend for another 20 years, Drybread said during a July 19 presentation to Lone Tree City Council. The tax revenue would be split four ways: 20% for a shareback for municipalities; 30% for open space and trail acquisition; 28% for capital improvement, operations and maintenance of open space; and 22% for the parks fund. 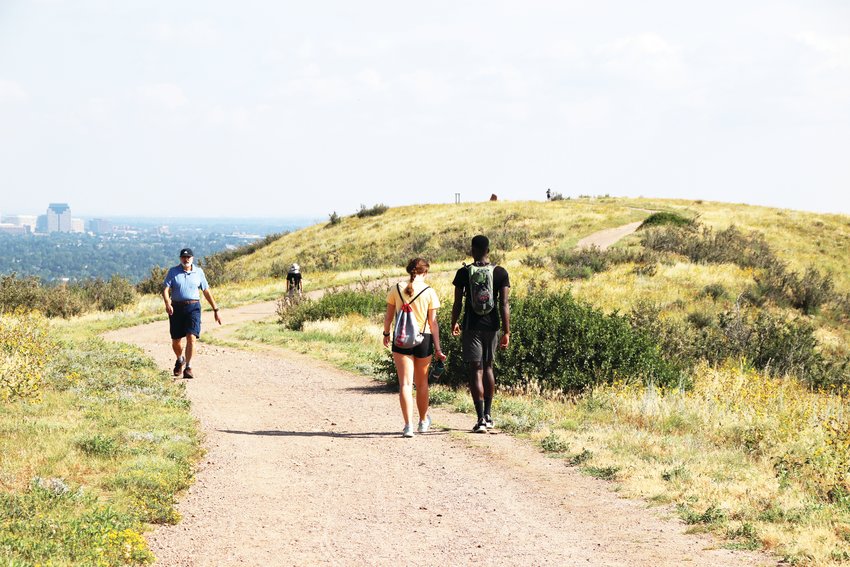 People hike at The Bluffs near Lone Tree, a popular metro area trail and park.

The proposed municipal shareback program would include the City of Lone Tree and the City of Castle Pines, Drybread said. Both cities were not included in the initial tax because they did not exist yet, Councilmember Wynne Shaw said.

“We’re really, really looking forward to supporting this on the ballot. We’re grateful to be included in shareback, as proposed by the citizens’ committee,” Good said.

“And [we’re] hoping that that will only increase over time, as the community grows,” Drybread said.

Mayor Jackie Millet asked if the group considered having municipalities receive funding proportionate to what is generated within their jurisdiction, rather than based on population.

“It’s what’s generated within the community. I’m not sure why that would not be appealing to our partners,” Millet said. “I’m just a little concerned about parity. But I understand that you guys are trying to get something good done — and something good for everybody, I will work towards, rather than what’s just best for Lone Tree.”

Drybread and Clark, who both worked on the first initiative 28 years ago, thanked Lone Tree City Council for its support and emphasized the importance of extending the tax.

“If this is allowed to sunset, some 32% of the parks funding for operations and capital improvements and all that goes away, all of the municipal sharebacks go away, all of the open lands acquisitions go away,” Drybread said. “We feel very strongly that, you know, we should continue this program.” 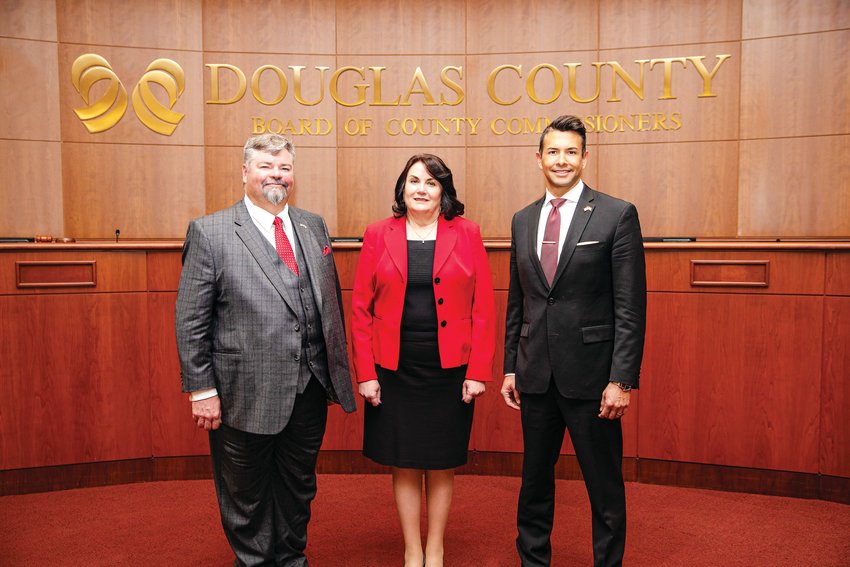 It’s ultimately up to the Douglas County commissioners whether to add the question to the ballot. During the July 18 meeting, two of the three commissioners, George Teal and Abe Laydon, voiced support for placing it on the ballot.

“I feel we have a very good chance of getting this on the ballot, and really having the voters decide,” Clark said.

Commissioner Lora Thomas, however, said she prefers the tax extension be for 10 years instead of 20 and would rather see the question on next year’s ballot.

Drybread said that because these types of campaigns take a lot of work, “to think to do it every 10 years is just, in our view, is crazy.” Ideally, she’d like to see the tax be extended in perpetuity, but 20 years is the minimum the group wants, she said.

Councilmember Mike Anderson thanked Drybread and Clark for “carrying the torch on this issue.”

“Douglas County would not be what it is without the open space tax over the past 20 years,” he said, adding that people across Douglas County are expected to come visit Lone Tree’s future 80-acre regional park.

Millet said accessible open space is a priority of Lone Tree and that the city wants to make sure there is land and park space available for people to recreate on, saying it’s important for physical and mental health.

“We appreciate the fact that you guys have been champions for this 28 years ago and for today,” Millet said. “We look forward to entertaining the resolution, and supporting this and potentially supporting this initiative in a wholehearted way with our commissioners.”

Local news
The Hearing Place provides Spanish speaking care
A chain of northern Colorado hearing and audiology doctors will likely sound a little better to its Spanish speaking customers with the addition of new audiologist Dr. Mariela Chavira, Chavira …
Brighton police commander remembered for love of life, sense of humor
Brighton Deputy Police Chief Matt Dominico took a minute to recall something his daughter said shortly after the death of Cmdr. Frank Acosta. Acosta died suddenly Sept. 23. He was 56. “I …

Acosta, Brighton police commander, dies
Former Brighton Police Department Cmdr. Frank Acosta passed away of natural causes, the city announced Sept. 23. Acosta joined the police department in February 2000. Before that, he was a state …
Classes continue at Fort Lupton High School despite circulated threats
The Weld Re-8 School District became the latest in a series of school districts to face rumored threats to school safety.   In a district website post Sept. 23, Weld Re-8 Superintendent …

Girls soccer: Rivalry brings out the best in friendly rivals
What better way to add some late season drama than a rivalry game that has playoff implications.  The Brighton Bulldogs came into the April 26 East Metro Athletic Conference match against …